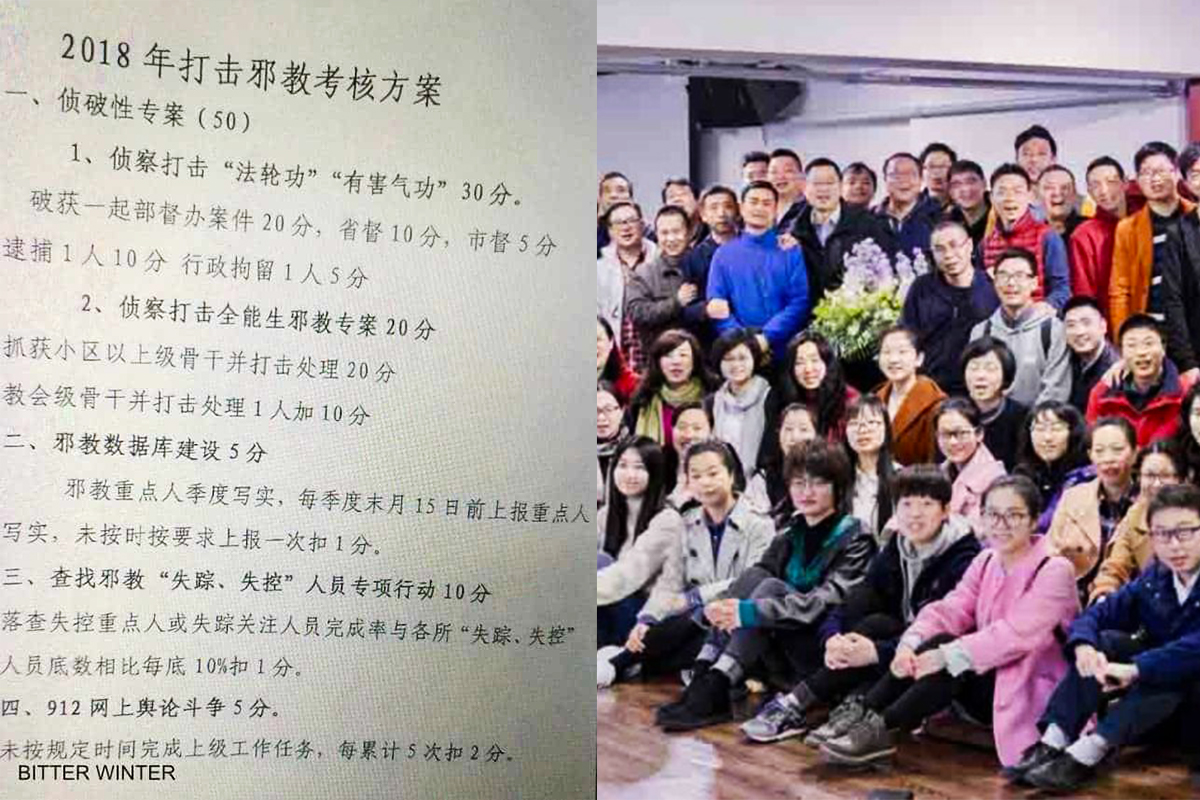 Police in China Given Quotas for Arrests of Christians

12/18/2018 (Open Doors USA) -- In China, there is now reportedly a bounty for the arrest of Christians–part of the widespread and intensifying crackdown on the church in China.

The religious liberty magazine Bitter Winter is reporting that police stations in the major port city of Dalian (a population of 6.6 million) in northeast China are being evaluated based on the number of Christians they arrest.

A police officer from Dalian, the second-largest city in Liaoning Province, near the North Korean border, told the magazine that his station had received a notice from the National Security Bureau which, as part of a performance-assessment plan, set out how many Christians they would have to arrest. The officer said that all stations in the city had received a similar plan, assessing the station’s performance with a 100-point evaluation system.

Senior police officers risk losing their job if quotas are not met, the officer told the magazine, adding that he did not want to arrest Christians but feared the consequences if he didn’t

To meet their quotas, the officer said that stations are trading with each other, “buying” names of arrested Christians for approximately $70 from other stations that have already achieved their targets.

This new paradigm and the recent raid of the Early Rain Covenant Church in Chengdu–one of the country’s largest underground house churches–represent concrete examples of what has become a widespread government crackdown on Chinese churches and Christians.

Since the Communist government implemented new religious regulations in February of this year, officials have forced churches to install surveillance cameras, take down crosses, arrested church leaders on charges of subverting state power, sent Christians and followers of other religions to “re-education” camps and has recently begun arresting members of unregistered house churches.

The new rules restrict proselytizing and charitable work, crack down on religious education for minors, limit the collection of donations, and forbid posting some faith-based content online. They also require churches to register with the government, which empowers officials to censor sermons, choose or reject pastors, and otherwise interfere with worship. The government has also begun installing facial-recognition technology in many registered churches.

The Christian Daily Reporter is the best place on the internet for Christians to come and learn the most important news each day -- and we do it without ads, social media, or Big Tech. As a reader-funded organization, CDR relies on your support. Would you consider becoming a patron?