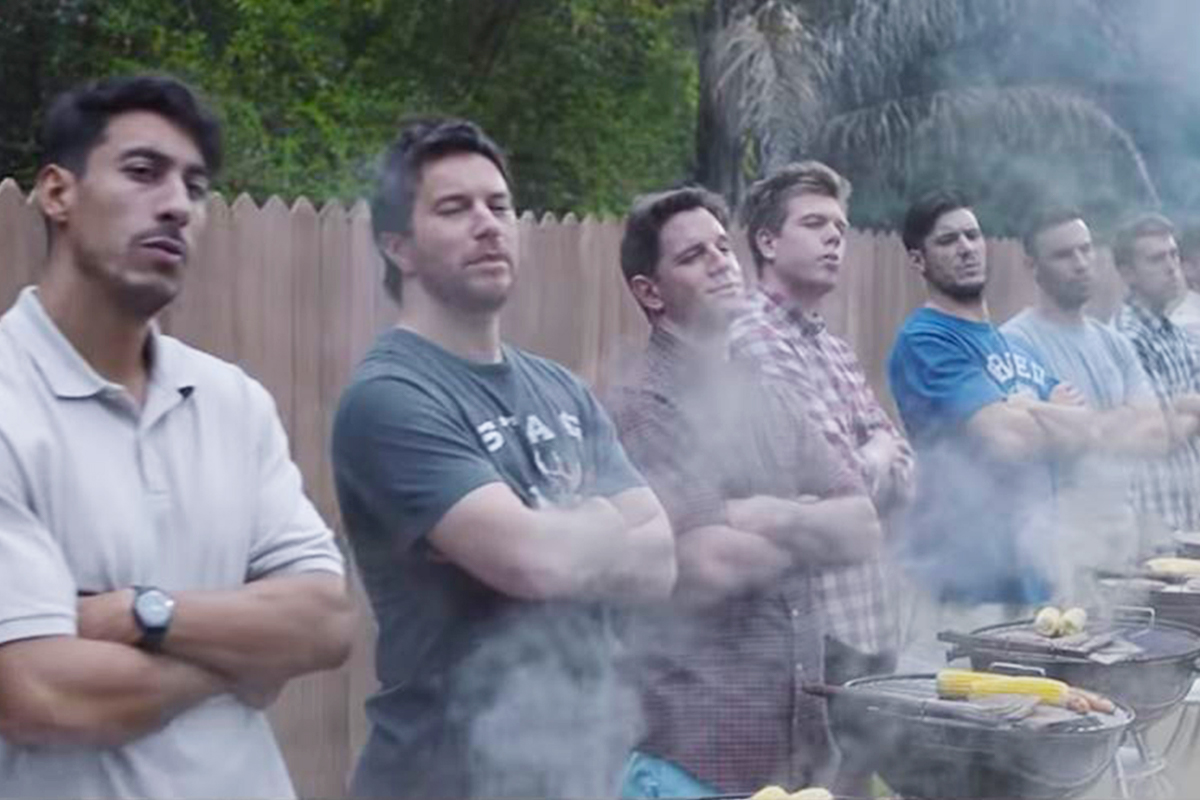 Dear Gillette: Ads About 'Toxic Masculinity' Won’t Get Men to Buy Your Blades, or Be Better Men

1/16/2019 Jarrett Stepman, Daily Signal -- For some reason, one of the world’s largest razor companies decided to air a commercial chastising “toxic masculinity.”

Gillette’s commercial, which debuted on Sunday, begins with the flimsy premise that traditional masculine culture promotes unrestrained violence and sexual urges, while other men condone it by shrugging and saying, “Boys will be boys.”

The message is that by curbing traditional masculinity—and, um, by not being jerks—men can somehow become “the best that a man can be.”

That’s hardly a bad message, but doesn’t it seem a bit hollow and even obnoxious?

The commercial concludes: “The boys watching today will be the men of tomorrow.”

This all seems like a strange message for a razor blade company to be sending, but an Axios report may shed some light on why Gillette has suddenly taken the path of corporate virtue signaling.

“Gillette’s share of the U.S. men’s razor business fell to 54 percent in 2016, from 70 percent in 2010,” according to Axios. “Most of the market share has shifted to Dollar Shave Club, Harry’s, etc., according to the [Interactive Advertising Bureau’s] latest brand economy study.”

It’s hard to say what the Gillette commercial has to do with shaving, but it does follow the trend of companies using lame, ham-handed virtue signals—like Nike’s Colin Kaepernick ad from last September—to boost sales with certain demographics, while hoping that the loss of others won’t hurt their bottom line.

Yet one wonders exactly who Gillette is trying to appeal to. Loyal Gillette customers are now boycotting the company left and right.

I've used @Gillette razors my entire adult life but this absurd virtue-signalling PC guff may drive me away to a company less eager to fuel the current pathetic global assault on masculinity.
Let boys be damn boys.
Let men be damn men. https://t.co/Hm66OD5lA4

I’ve been shaving since I was 12, since the beginning I used Gillette because that’s what my father used, now I will never use it again, and neither will my father, collectively been your customers for 50+ years never again #BoycottGillette #Gillette

@Gillette has made it clear they do not want the business of masculine men.

I will grant their wish.

I have used #Gillette razors since they sent me a free sample on my 18th birthday, and will no longer buy any of their products.

Welcome to the Club.

As a consumer of disposable razors, the only factor going through my mind when I make a purchase is the price compared to the quality of the blade. That’s what many, if not most, men are considering.

If anything, Gillette’s attempt to rope in the #MeToo movement to boost sales looks to be having the opposite effect.

But are feminist progressives more likely to buy Gillette products after this?

As for the larger cultural debate, it’s silly to portray masculinity as mere fighting, bullying, and chauvinism that can only be cured by feminist harping. That sets up a straw man that doesn’t comport with reality.

Yes, masculinity is prone to its own pathologies, but that doesn’t mean there’s no such thing as true, good masculinity that is worth preserving.

If anything, the rise of destructive male traits are the result of the fact that we’ve jettisoned traditional ideas of masculinity and femininity in favor of the view that all genders are essentially the same, and that the unrestrained life of defining yourself however you like will lead to happiness and prosperity.

It’s folly to think we can now simply tell men not to do “bad things” and hope it will all work out, given that we are losing a frame of reference for what a good man can be.

Liberal America no longer celebrates or even acknowledges “manly virtues,” such as strength, devotion to duty and family, integrity, and self-reliance. To call them such has become a stigma.

Having abolished any objective view of male and female, we are left with a furious castigation rather than understanding, and sanctimonious commercial campaigns to make people feel good and buy grooming products rather than seriously grappling with what ails us.

Even the American Psychological Association has come out against “traditional masculinity,” which it described as “a particular constellation of standards that have held sway over large segments of the population, including: anti-femininity, achievement, eschewal of the appearance of weakness, and adventure, risk, and violence.”

This is an absurd definition, though I’d say we are all better off for the sense of “adventure” and “risk” that put a man on the moon. I’m also thankful for the “violence” that led to the end of slavery and the defeat of Nazi Germany.

Conservative commentator Ben Shapiro noted that when the American Psychological Association comes out against masculinity, it is actually undermining the ways human society has channeled common male traits into something positive by treating them as merely malignant.

“If you want to raise a generation of men who will treat women well, act as protectors rather than victimizers, and become the bedrock for a stable society, you need more masculinity, not less,” Shapiro wrote.

Instead of denying or trivializing our natures as artificial constructs, we have to get both men and women to understand themselves as they are, then create a culture that fosters their strengths while diminishing their weaknesses.

This is a tall order for an American culture increasingly in denial that gender distinctions exist, or that if they do, they are simply a matter of choice.

We should take cues from our Constitution, which was premised on the belief that men are neither beasts nor angels. Instead, we are prone to vice, but capable of great virtue if we are trained in moderation.

Our culture should look to recapture this vision of the moderate man. Embrace the realities of masculinity and femininity, but tame them. Channel them into something productive rather than engaging in the fool’s errand of trying to stamp out nature itself.

No amount of hectoring will fix the problem of “toxic masculinity.” If anything, it will exacerbate it by ignoring the root problem and provoking men to reactionary forms of masculinity.

Yes, boys will be boys, but we no longer expect boys to become men as we once did, nor are we fostering the traits that would allow them to do so.

We are sacrificing our Washingtons in the hope of abolishing the Napoleons.

If our virtue-signaling establishment were serious about helping men become Washingtons and not Napoleons, they’d start by acknowledging the goodness inherent to masculinity. And they’d produce fewer Harvey Weinsteins and Matt Lauers.

Finger-wagging commercials don’t help much at all.